The Art Audio Carissa Signature is a thing of beauty, both cosmetically and sonically.

I purchased the Carissa to power my new (to me) Klipschorns, and in the short time it was in my system it proved a sonic match made in heaven.

The Carissa delivers 16w/channel from a pair of 845 tubes, and they are 16 glorious watts the like of which I haven’t heard in my system since playing with some old Jadis gear many moons ago. That’s not to say the Carissa sounded anything like the Jadis JA30, it really doesn’t in most areas. It shares a certain warmth with the Jadis, but the Carissa sounded far more open and transparent than I remember the Jadis ever sounding, lacking a little of the Jadis’ wallop and heft.

I brought in the Klispchorns only a couple weeks back and never got the chance to try them with my trusty Thor TPA-60 monoblocks, which had already begun their journey to a new home across the pond in Norway. So I needed an amp to drive the Khorns and initially took the plunge on an Aric Audio Special KT88 150SE amp, a nice little unit offering great versatility for those wanting to try different power tubes. The Aric sounded nice on the Klipschorns, but I felt it a touch hot on the top end, and just a little lacking in midrange warmth. It was exceptional in the areas of bass and dynamics, but I felt more of a traditional SET amp was needed, something with a little more bloom. 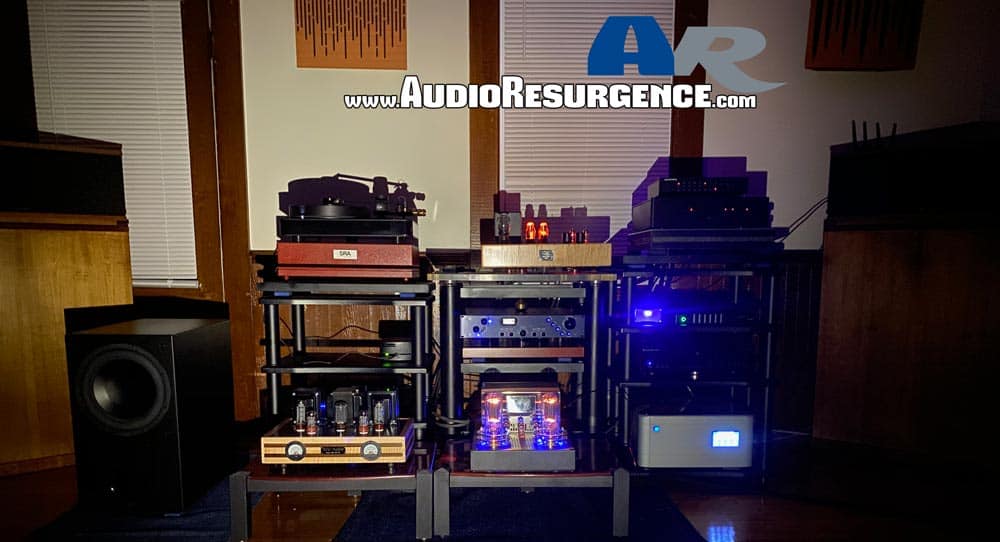 So after doing a lot of research, and stalking an Art Audio PX25 for a while, I took the plunge with the Carissa Signature, offered on the used market by a seller not too far from me in SC.

I’ve actually lusted after Art Audio amps for several years. It started with the intent to purchase an Art Audio Diavolo around a decade ago when I ran a stacked Oris 150 custom horn array, but for whatever reason, the Diavolo purchase never came to fruition. Since then I’ve never really owned a speaker of sufficiently high efficiency, until the Khorns came along. 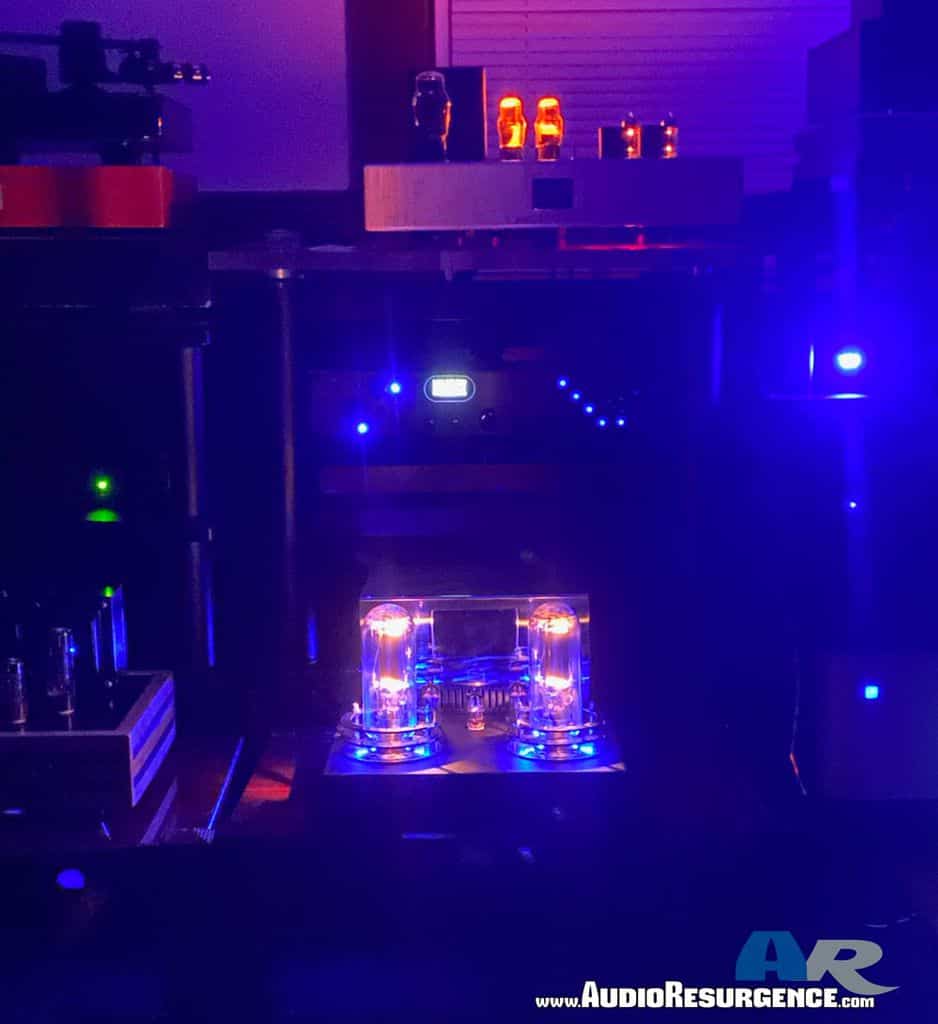 The Art Audio Carissa Signature and its peripherals arrived via UPS in two boxes, each a day apart. The first box contained a set of Shuguang 845 tubes, unfortunately only one of the pair survived the short journey from South Carolina.

The following day the main box arrived, this time with damage to the outer carton, and inside the box a smashed LUM. The Carissa had the upgraded package of lights and Lums. LUMs are protective glass chimneys that sit over the main 845 tubes and are backlit by glowing blue LEDs. I was extremely disappointed to find the LUM in pieces when I opened the box, it gave me concern as to the possibility of transport-induced damage to the amp’s internals, even though it looked fine on the outside.

Powering up the amp was thankfully uneventful, it appeared to have survived the short trip unscathed.

And so the love affair with Carissa began.

She has a deftness of touch few can match. A silky-soft presence with warmth and fullness of body. Her midrange is to die for. She brings warmth and tonal richness, with a palpability and presence previously unheard from the Khorns. And she goes down, way down deep. Her bass has solidity, a virtue bettered only by the pureness of its tone and timbre.

And finally, the Khorns opened up in the other dimension previously lacking – front to back. Throwing a massively wide soundstage via the Aric Audio running EL34s, the depth perspective was somewhat lacking. Not so with Carissa. Instruments appeared with all of their spatial cues intact. Drums at the back of the stage. Horn sections appearing layered and slightly back from the vocalist. Choral works with singers arranged as a horseshoe projecting into the room. 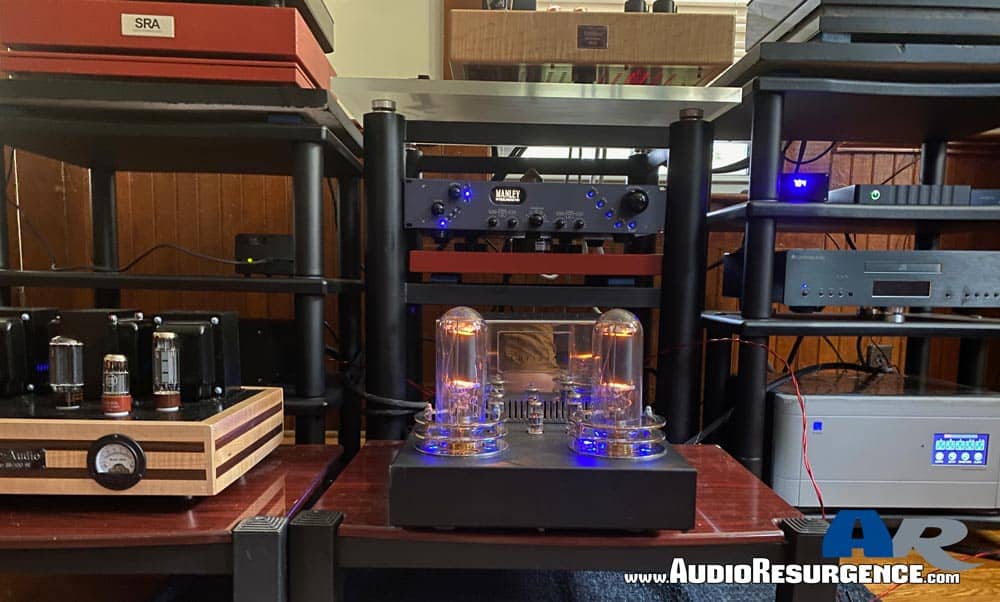 Two days after her arrival on the scene I returned to Carissa, hoping that my first night with her hadn’t simply been a dream. Gazing for a few moments at her sheer beauty, I reached behind her and gently pressed the button I hoped would set her aglow. But to my horror…..

OK, let’s dispense with the crap. On flicking the rear mains power toggle switch to the on position, the left-hand side 845 tube began to glow….but the RHS did not. To cut a long and miserable story short, it turns out the amp has an intermittent fault (known of by the owner, but obviously not mentioned in the sales ad).

I’d like to talk more about my experience with the Art Audio Carissa Signature, but after only 3 hours or so on the clock I don’t feel I have a sufficient grasp of how the amp sounds and performs to go into any real detail. I can say it’s a beautifully musical amp and worked wonderfully with the Klipschorns, while it worked.

Well, one doesn’t encounter Art Audio products too often on the used market, so it will likely be quite some time before I get the opportunity to finish this review. Based on what I heard of the Carissa, I think it’s probably an amp I could happily live with for the long haul, assuming that I retain the high-efficiency Khorns, or trade them for something similar. So I’ll keep a lustful eye open on the classifieds, and if something comes along then hopefully I’ll be in a position to pounce.

Meanwhile, I have the Aric Audio hooked up and I can probably eek a little more from their performance via different tubes, perhaps NOS Mullard or Amperex.

I also have a pair of Allnic Audio A-6000 300b monoblocks headed my way, but at 50w / ch they may prove a little too ham-fisted to produce the sweetness I heard from the Carissa with the Khorns.