A few months back I began dabbling with setting up what some refer to as a ‘subwoofer swarm’, or more commonly, a distributed bass array (DBA).

The setup was done using a pair of Aerial Acoustics SW-12 upfront, a single SW-12 to the left rear and a single HSU sub to the right rear and was intended to augment various types of main speaker pairs and always in a stereo and none HT setup,,I did not use any EQ, other than what was available on the plate amps of each sub. I did not use any measurement device or software, I simply arrived at the placement of the 4 subs based on anecdotal notes found online and my own system of listening trial and error.

I also bugged a few folks on audio forums like AudioGon and was fortunate enough to draw out some useful expertise from others who had tread the path before me.

With all of that, I still managed to fail. Well, it wasn’t an entire failure but I can’t really say the results were anything to shout about. Depending on the choice of main speakers, the bass array contribution was either adequate, quite good, or better with only a single subwoofer operating. You can read about this experience with my Swarm V1.1 here.

I was never really happy with the compromised approach I’d taken to the setup (no measurements, for example)…. and then, a few things happened in close proximity that contributed to the decision to have another go at this Swarm configuration, via a more thorough route:

,An idea I’d been toying with for quite some time was the apparent (to me) absurdity of using plate amps in a high-end audio system. I whined about this in a post here “Bass and Your $100 POS Plate Amp”

That was pretty much it. If I’m not being clear, then visualize a 2-channel system utilizing a high-quality pair of bookshelf speakers, with bass handled/augmented by a pair of quality subs. It wouldn’t be unheard of to spend $5000 on the bookshelf speakers and $5000 on a good power amp to drive them ($10K total). Yet we’re happy to add a subwoofer or two to handle all of the bass duties knowing that the cost of the plate amp(s) in those ugly boxes is probably a couple of hundred bucks at most. So why do we just let that go? Sure, bass frequencies have a significantly different in-room response compared with mids and highs and there’s an argument to be had for what is ultimately needed to produce those frequencies, but I’m simply arguing that $200 isn’t enough to get the job done.

So when the plate amps in my SW-12’s conveniently went tits up, I saw a glimmer of an opportunity.

Gearing up for the Swarm subwoofer setup with full EQ

I gutted the pair of SW-12’s, by removing the plate amps from both. Actually, it worked out perfectly. I was expecting to have to fabricate a new cover to go over the hole where the plate amps lived and to install new binding posts on the cover and make it such that the hole thing was adequately pressure sealed. Not so. Removing the plate amps revealed a sealed cavity within the enclosure and a pair of binding posts already positioned inside (along with an old-style serial connector for the remote sensor and LEDs which would no longer be needed.) So bingo, yanking the plate amps, there was little else to do to the actual subwoofers for the front pair to yield to the plan.

I’d already decided on using the Crown XLS 2502 power amp to replace the plate amps for the front pair of subs.

OK, the Crown isn’t a super-high-end audiophile piece of kit, and here’s me whinging about the quality of a plate amp. However, it’s a powerful amp with a good damping factor and it’s been receiving some excellent reviews when used as a power amp in a true 2-channel system, driving the main speakers. Also, the way this is being configured, it’s initially intended as a proof of concept. If the concept works, I can easily raise performance by switching the Crown amps into bridge mode and adding another amp. Or, I can easily pull the amp altogether and change it to a Krell or some other type of a-musical boat anchor with lots of bass handling grunt. It’s hard to do either of those two things when using a sub with its built-in plate amp. Heck, I could drive the passive subs with a $20,000 power amp if I wanted to. Flexibility is the key to enhanced audio performance in this setup.

Now, the Crown XLS 2502 does have some interesting features, among them the ability to set both high and low pass XOs. And I’ll be using those, but I also wanted a more sophisticated and versatile method of EQ, so in came the miniDSP 2×4 HD with UMIK-1 USB mic.

So far I’ve only talked about the front two channels of subs. For stage one of this revamp I plan on leaving the plate amps in the pair of HSU subs positioned to the back of the room, and then to switch those out in much the same was as the SW-12’s, at a later date.

I purchased the miniDSP from a reputable authorized dealer, rather than trying to snag one used. I figured I’d need some hand-holding to get the thing fired up, so I splashed the big bucks on new kit. Well, I splashed around $300, a paltry sum relative to the other parts involved in this DBA.

There are various YouTube videos to help with setting up the miniDSP and lots of notes and support on the manufacturer’s forum. I couldn’t really find much information on configuring 4 subs in a DBA. Most of what I found was for setting up a single sub, or a pair of subs.

I’m not going to go into great detail here on the setup steps, as I’ve just said, you can find a lot of this stuff online at the manufacturer’s website. The basic outline to get this thing airborne is as follows: 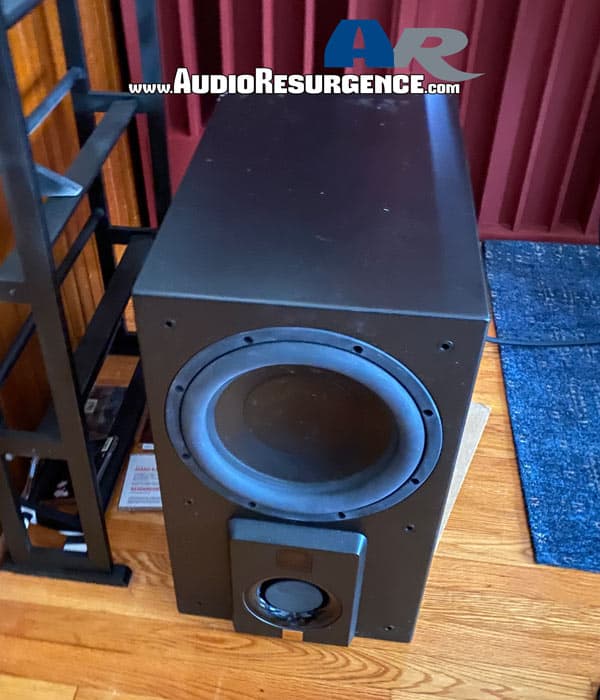 One of the setup procedures I found rather vague was the initial volume matching of the 4 subs. With 100lb subs it wasn’t practical to follow the setup steps I found on one of the YouTube videos, and I actually doubted that the stated path to volume matching was the right way to go. You’ll have to do your own research on that and see what you come up with.

So after around 4 hours you’ll have something that’s pretty close. And, like I said at the start, the above lacks real detail and isn’t intended as any kind of reference to help you set up your own swarm system, it’s just a basic overview.

The results were very good. Definitely an improvement over trying to wing it without the miniDSP and without room measurements. I think I’d ideally like to use a system closer to the one Lyngdorf provides with their more automated ‘Room Perfect’ system. DIRAC offer another route and I actually purchased the $200 add-on for the miniDSP but so far I haven’t gotten around to trying it, as the guide notes don’t seem to make sense when it comes to configuring DIRAC for 4 subs. 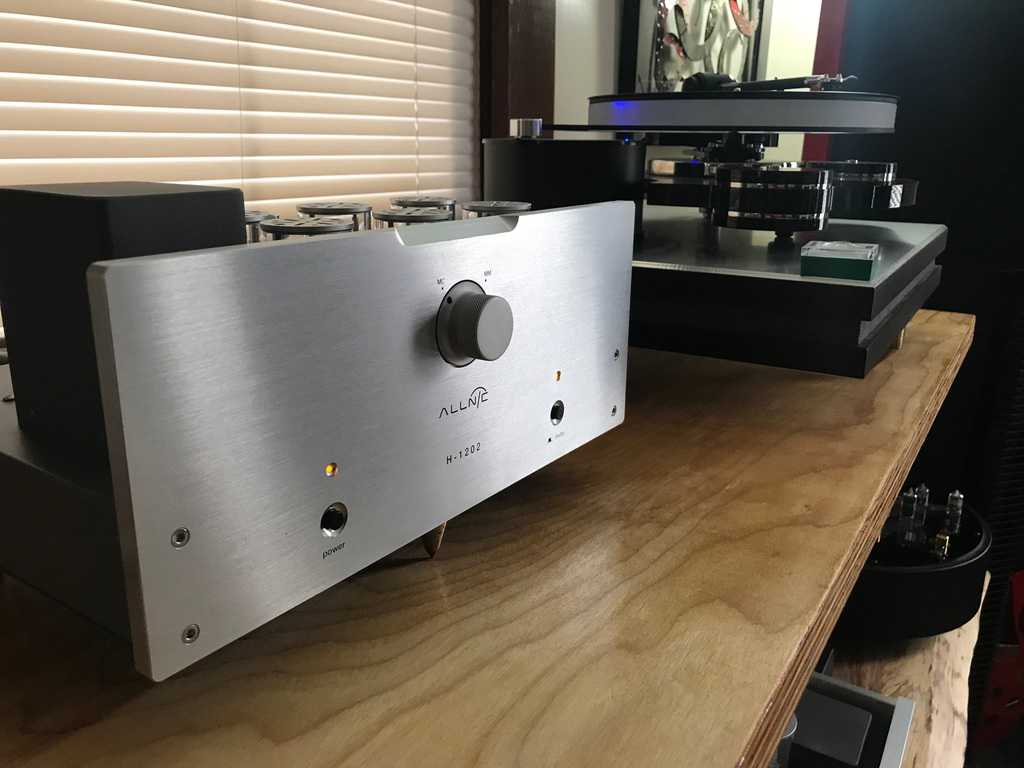 Components Used For this review 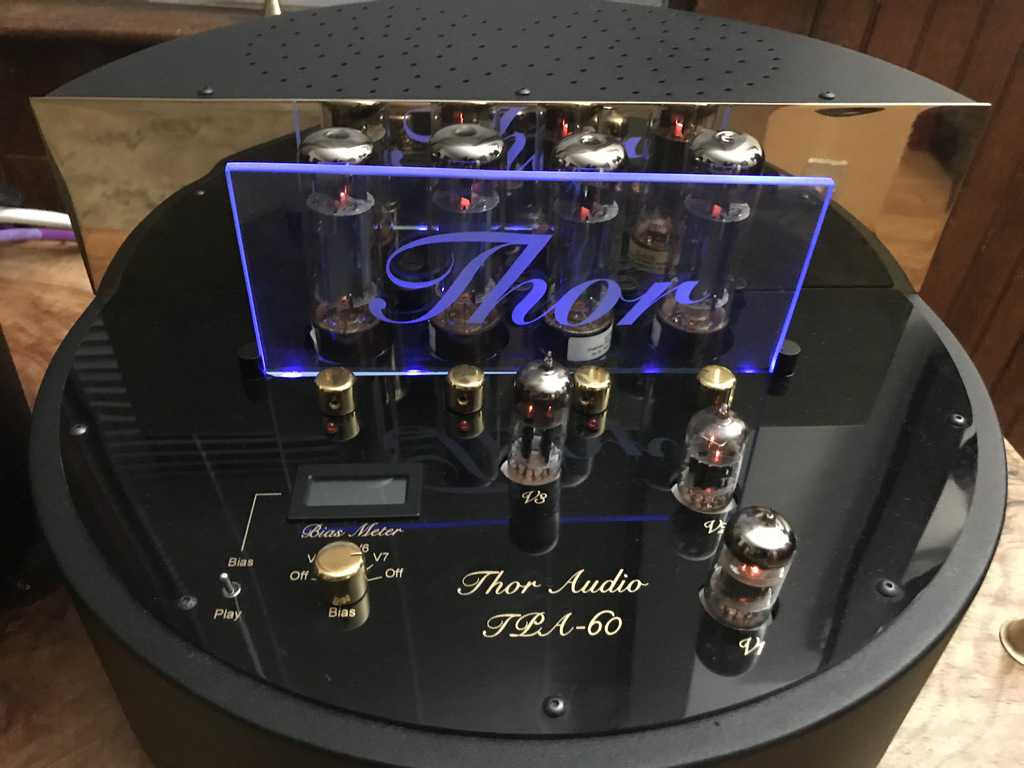 Our review of the Allnic Audio H-1202 phono preamp – did this litte unit live up to expectation or not? Find Out!

DROP US A LINE. BETTER STILL, SEND US A REVIEW IF YOU WANT TO PUBLISH THROUGH US.

We’re always on the lookout for publishing partners and reviewers to take the load off yours truly.